Fire safety is very important and a great deal of attention is devoted to this at the Maastricht UMC+. For instance, measures are taken to prevent fire or to minimise the impact of a fire.

In order to ensure that everyone is properly prepared for an emergency, the in-house emergency response team regularly holds small-scale and larger-scale emergency drills (simulations/practices) in and around the building. These sometimes take place in cooperation with the Maastricht Fire Brigade and the South Limburg GHOR (Geneeskundige Hulpverlening bij Ongevallen en Rampen - medical assistance organisation for accidents and disasters). The GHOR is the organisation with responsibility for processes for medical assistance in the event of disasters and large-scale accidents. 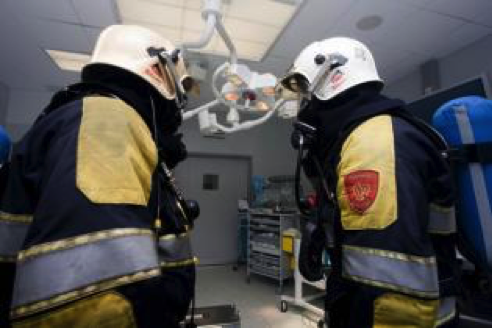